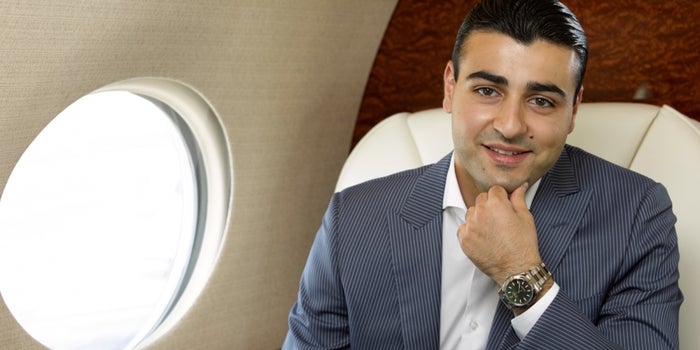 XO Aviation was founded in 2006, and while they had over 1,500 aircraft at their disposal, a young Sergey Petrossov, who had recently flown in a private jet for the first time realized the sheer lunacy and inefficiency of the industry. To him, the system was flawed from the ground up with a massive volume of empty seats and planes on the ground rather than in the sky where they were built to spend their time.

With a background in computer science, Petrossov began visiting numerous industry conferences and trade shows looking to make the contacts he needed to realize his dream. An application called JetSmarter that effectively became a ride-sharing app for the frequent corporate flier. JetSmarter got its start in 2012 and when it teamed with XO Aviation, Sergey Pretrossov knew that he was on to something that would revolutionize private air travel.

Buoyed by the success of Uber, Airbnb, and others working in the shared economy space, Sergey Petrossov saw the potential for an app to serve those that choose not to fly commercially but have little need in owning or chartering their own plane. JetSmarter, in conjunction with its app, added efficiency to the industry nearly overnight.

“It was an ineffective use of the plane,” said Petrossov in an interview with CNBC in 2018. “There needed to be a sharing medium. First, there was a digital theme, but sharing required more resources and capital. We always knew that sharing is how you can broaden the market.”

Owing to large investments from Jay Z, the Saudi royal family and others, Petrossov turned private aviation on its head by selling annual subscriptions that allowed its customers to adjust their travel plans based on the availability of planes headed to or near to their destinations.

While in the early days, Petrossov spoke of the company offering a lifestyle as much as a ride in the sky. He has subsequently, changed his tune a bit. “We want to set a new standard. It’s not about exclusivity, it’s about providing more efficient travel,” he told CNBC and JetSmarter now has a valuation of over $1.5 billion.