Entrepreneurship was in Matt Fleeger’s bones from an early age.  His father founded the successful, but modest oil and gas firm Gulf Coast Western in 1970.

Fleeger graduated from Southern Methodist University in 1985 with a degree in Business Administration.  He spent 8 years with Gulf Coast Western before leaving to establish MedSolutions, a medical waste management company.  After serving as MedSoutions CEO for 13 years, he sold the company and went on to help establish Palm Beach Tan and Mystic Tan.

Fleeger returned to Gulf Coast Western, LLC as CEO, President, and Director upon his father’s retirement.  Since then, he has grown the company through trusted partnerships.  This growth has resulted in locations in five states: Texas, Louisiana, Mississippi, Oklahoma, and Colorado.  With the current development and steady progress, Gulf Coast Western could expand to other states in the near future. 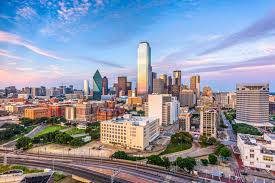 Expanding this passion and drive beyond the business arena, Fleeger is an ardent supporter of children’s causes. Gulf Coast Western recently contributed $14,000 to the Sadie Keller Foundation to provide gift packs for pediatric patients and their families.  Sadie Keller is a 10-year-old Acute Lymphoblastic Leukemia survivor who is an inspiring advocate for families battling pediatric cancer.

Funds from the Gulf Coast Western contribution will also be used to lobby for increased spending in pediatric cancer research, a field that receives a meager 4% of the total federal funding for cancer research.

Education is important to this International Who’s Who of Business Professionals.  Fleeger founded the Fleeger Family Kitchen, a STEM learning kitchen for children pre-kindergarten through second grade.  Students grow vegetables in the garden, learn about math, history, geography, and donate edible treats they’ve made to local animal shelters.

Matt Fleeger is a man who truly lives by the adage, “Never get so busy making a living that you forget to make a life.”